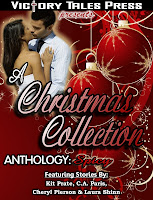 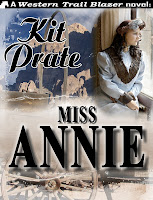 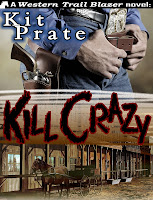 This arrived in my e-mail this evening: a great tribute from Henry fire arms.  This is a beautiful example of Made in America; and the cause is universal.  Cancer has touched and devestated so many families.  Mr. Imperato is to be saluted for his latest efforts.  He is a rare man with a great appreciation not only for this country, but the traditions that have made our Nation great.
If you are having trouble seeing this email, click here.
If you no longer wish to receive email from Henry Rifles, please unsubscribe here.

Trying to keep up...

This is a new promo video from my publisher; featuring western short stories that are available in e-book format just about everywhere; and for only 99 cents.  These stories are throwbacks to the ten cent westerns that were so popular over the years (we have to take into account inflation nowadays), but they are a good buy for the money.   Quality writers telling good stories.

Also, please check out Pete Brandvold's blog, WRITING FOR THE BRAND.  He's been very kind in a review of my book, Jason Kilkenny's Gun.

Now, back to the business of writing.  Thanks for checking in!
Posted by Kit Prate at 9:03 PM No comments:

Then Why Not Every Man?

The book is now out on Amazon; and available for Kindle.

I am in big trouble!  My little Jocelyn's name got left out of the Dedication, so will be scrambing to make that right VERY SOON.

This is a different form of fiction for me; not a western, but more centered around the midwest, where I grew up.  I'll be interested in seeing how it goes!
Posted by Kit Prate at 11:59 PM No comments:


This is the cover for the new All Western Anthology just recently put out by Western Fictioneers,
the Organization for Professional Authors of Western Novels and Short Stories; who are working very hard to keep the traditioinal western alive and out there.

Cover - Then Why Not Every Man

As promised, here are some new covers; with much gratitude to Laura & Rebecca:
﻿﻿
﻿﻿
This is the story of a young man called "Runaway", and his long struggle to achieve the dream of finding Freedom.  After a life of degradation and fear, with no memory of his own family, "Runaway" is finally on the long road North, to a Promised Land he has heard about in the slave songs sung by the field hands.

His biggest fear is that Freedom is nothing more than the dream of his lost people; that it doesn't really exist, and that the only Freedom he will ever acheive the final release found in death.
Posted by Kit Prate at 2:12 AM 3 comments:

Welcome to the New Blog

It's always fun to start something new in the hope it is going to grow, and to generate some interest.  There is some NEWS!  Felize Navidad, a short story will be coming out quite soon, and the next full length book is also going to be out, too.  Then Why Not Every Man? is a Civil War saga; telling the story of a young man who has managed to escape the tragic circumstances of his life, and of his struggles to acheive freedom.  It is also the story of the tragic ghosts that haunt the man helping him find his way.  I will be posting the covers for both books very soon.

Please enjoy checking in to the site as we work out the kinks and learn about each other!  Suggestions are always welcome.
Posted by Kit Prate at 1:43 AM No comments:

Kit Prate
I wrote my first fiction when I was eight years old; basically a fan fiction story based on a John Wayne movie. Not only did I find fault with the film, I felt it seriously needed the addition of a new character; me. The big challenge wasn't getting anyone to read the story; it was getting my friends to act the book out like it was part II of the original film. Everyone wanted a speaking part and the right to be either the good guy, or the head outlaw. The concept worked really well until we all got older. Years later, I submitted a series of short stories; and a "career" began. I'm still hoping to finish that "Great Western Novel"; until then I'm dancing as fast as I can. I can only hope you will enjoy my efforts.